Usługi BV Serwis is a company specializing in 24h support services and maintenance of IT infrastructure of her Clients on the territory of Poland. We provide outsourcing services, support IT departments of our Clients by means of extending their possibilities or...

Usługi Our Clients use a few main types of outsourcing: Outsourcing of the whole IT infrastructure. At this level we additionally offer consulting services at CIO level (head of IT department) - within the service ‘CIO for hours’.  In such cases companies frequently...

Usługi BV Serwis is providing deinstallation and decomissioning services for it's customers. The services include: proper deinstallation of the hardware from the server racks avoiding influence to other hardware and systems destruction of the data on the disks/tapes...

Usługi Because of our experience we have gained while serving big, Enterprise market companies, when we think of IT we think about overall cost and investment turnover as well as counting business advantages of IT systems. We offer IT audits which mean evaluating the...

Usługi We provide a comprehensive system solutions based on MS Windows Server, MS BackOffice and UNIX/Linux platforms. We sell, and configure software and hardware for our companies. We do build complete solutions of servers, storage, LAN, SAN and WAN connection...

Usługi We offer systems for acceleration connections in WAN networks for companies having a dispersed multi-departmental structure. We use the world leading solutions for WAN networks acceleration and optimalisation. Our main partners are: RIVERBED  is a data...

We offer a visualisation, automation and tasks integration system for buildings with the use of  EIB/KNX.

In every modern building there is a number of systems having their own computer control. It no longer concerns only more advanced elements (alarm, work-time control, ventilation) but also simple devices such as amplifiers, coffee makers or even fridges. Simple electrical network built in a  EIB / KNX standard also included in this intelligence all the other devices (lamps, switches in the walls) 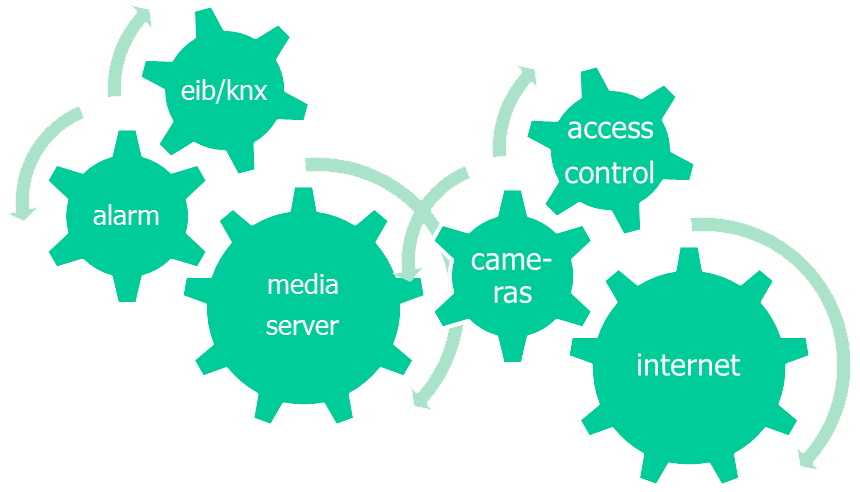 Our system may be applied in all such types of buildings. It realises the following main tasks: 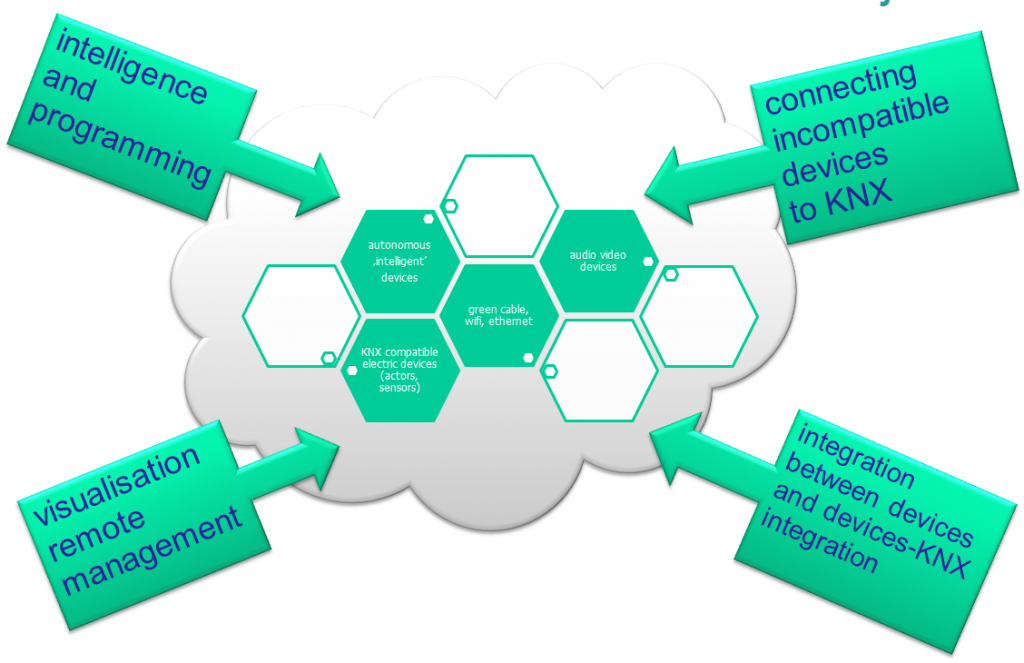